There is always something to do in Amsterdam. Whether you want to enjoy Amsterdams party scene or want to visit a more cultural venue, you will find one. Depending on your preferences of course, but there a few main areas to go out. At the Rembrandtplein square and Leidseplein square area you will find many places to have dinner, to have a drink and go out. At the Museumplein square and Waterlooplein square there are some great places to enjoy some more cultural events. Do you prefer to mingle with the local people, then you should visit the Jordaan or the Pipe area. Here there is a high density of cozy bars and great restaurants and in the summer there are so many terraces lined up. Something great to spend your pre-evening is to get a drink at one of the skybars in Amsterdam. These are bars at the top of the higher buildings of Amsterdam and they have astonishing views over the city. Keep in mind that they can be a bit expensive. Some even ask over 7 euros for just a coffee.

Tip: Highly recommended are the candlelight cruises through the canals of Amsterdam. You will just love the scenery of illuminated canals and bridges.

Amsterdam is world famous for its party culture and dance scene. Possibly because there are many major Dutch dj’s, such as: Martin Garrix, Armin van Buren, Tiesto and many more. Regularly they perform at one of the many great clubs in Amsterdam (overview of clubs). Of course you can party all day of the week. Special days are on Thursday and Sunday. Thursday is traditionally the party night for students and Sunday you will find older people in the clubs. Also at Sunday nights the clubs are traditionally well visited by gay people. 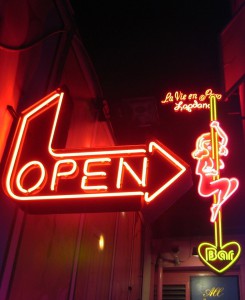 When you want to have a random club night with a lot of fun, you can go to the mainstream clubs. Most of them are located around the two main squares: Rembrandt square and Leidse square. Here you can find clubs as Escape, Paradiso, Melkweg, Club AIR and more.

For those who prefer to mingle in a bit more upperclass club, there is the Jimmy Whoo. Many beautiful people are dancing till the morning, but you have to dress proper! It could also happen to spot a celebrity here, so be prepared.

Often there are large scale parties organized, with room for thousands of party people. Since it is impossible to host these parties at a venue in the center, you need to travel a bit further. Outside the center in the Southeast part of Amsterdam you can find such venues. These are the Ziggo Dome and the Heineken Music Hall. The most famous party, which is Sensation White, is organized at the Ajax Stadium.

Once a year the worlds largest dance event is organized is Amsterdam, which is Amsterdam Dance Event, also known as ADE. Dj’s and all important people from the dance industry from all over the world gather to meet each other. This event takes four days, from sunrise till sundown! Are there are over a hundred parties, across the whole city.

Tip: Do you like to be guided to awesome clubs and bars or do you just want to meet other party people? Then you should join one of the pub crawls in the city. 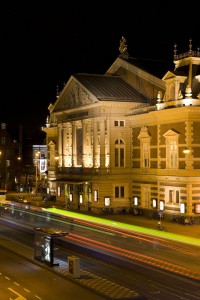 Amsterdam isn’t only about partying. There is so much more this city has to offer. The more cultural vistors can easily been entertained. There is the Concertgebouw, which is the cities concert hall. Here you can find events of orchestras, operas and other classical musical events. Furthermore you can find the Carré theatre and the Stopera, here you can enjoy ballet performances, operas, musicals and other kind of theatre productions.

Looking for other kind of entertainment? The Holland Casino is located at the Max Eeuwe square, near the Leidse square. Here you can try to win some money, but they often also organize special events. You can also try one of the movie theaters, since most movies are shown in native languages (with Dutch subtitels). The a couple movie theaters in Amsterdam, but the Tuschinski is the oldest and has a great romantic ambiance. Those who seek laughter should visit, the Boom Chicago at the Rozengracht or Toomler at the Hilton hotel. Both organize comedy shows and many of these shows are in English.